1908 a standard two-storey villa was built in Mörrum, Karlshamn, ”Villa Walhalla”.
The name arose in that the builder Ernst Wahlström built villa on a hill, a “hall ” hence the name ”Walhall”.

The history of Walhalla as a business started in 1921, in the beginning only as a cafe and it was not until 1928, after several years of conversions and extensions as Hotel Walhalla took shape.
The hotel is nicely situated on a spur of the Temple Mountain, very close to Mörrumsån.

Already in 1231, there are notes about the great fishing in Mörrumsån. The notes have been found in the Danish king, Valdemar II and his journals
So there has been fished salmon and trout in Mörrum for centuries . 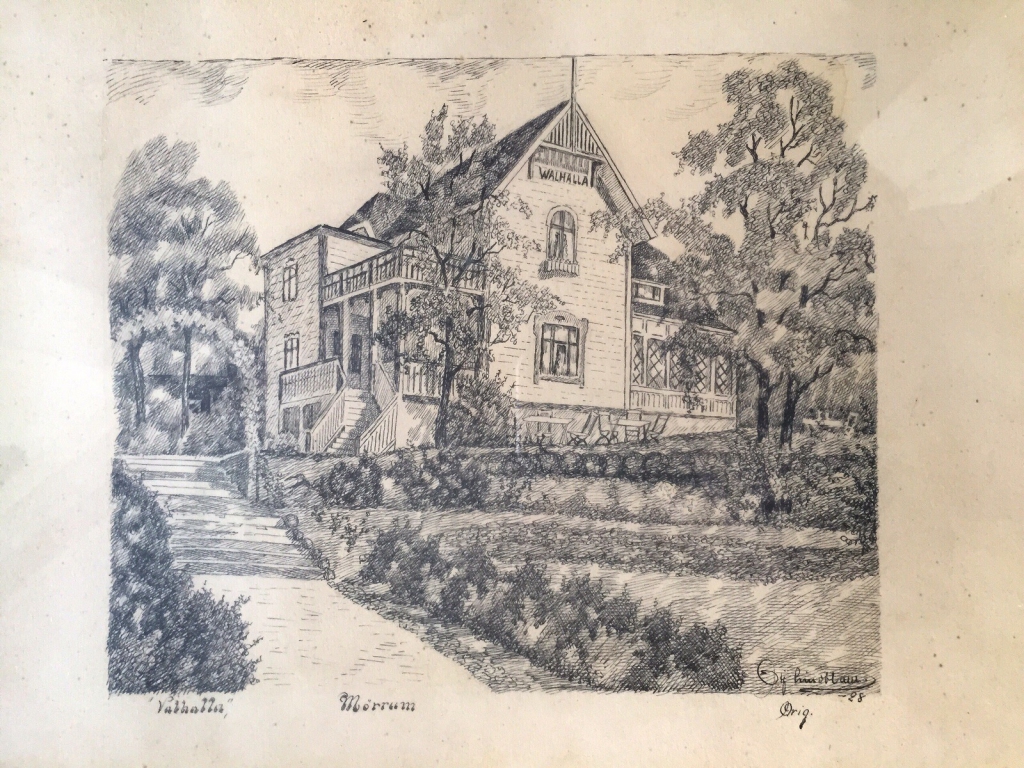